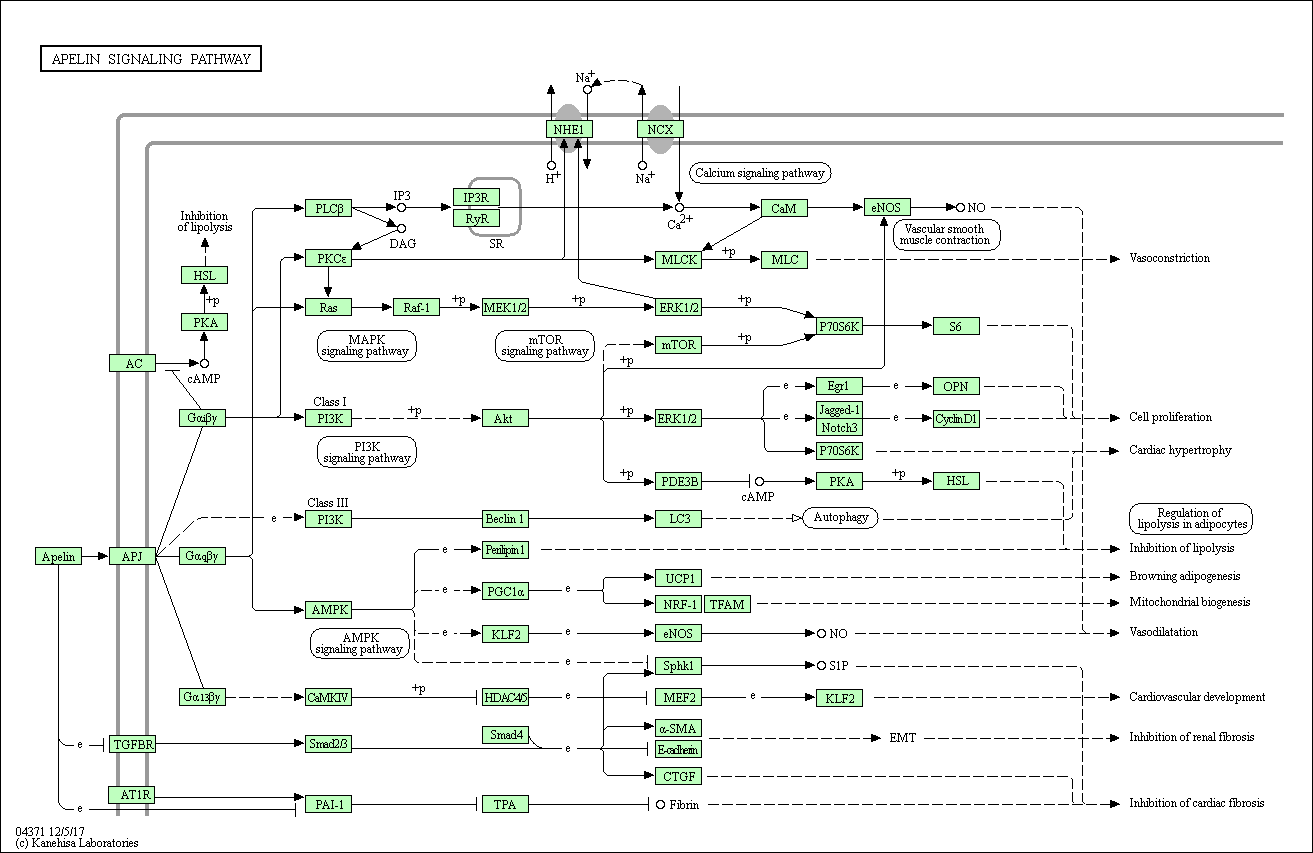 Apelin is an endogenous peptide capable of binding the apelin receptor (APJ), which was originally described as an orphan G-protein-coupled receptor. Apelin and APJ are widely expressed in various tissues and organ systems. They are implicated in different key physiological processes such as angiogenesis, cardiovascular functions, cell proliferation and energy metabolism regulation. On the other hand, this ligand receptor couple is also involved in several pathologies including diabetes, obesity, cardiovascular disease and cancer.